Freedom from Slavery to the Government 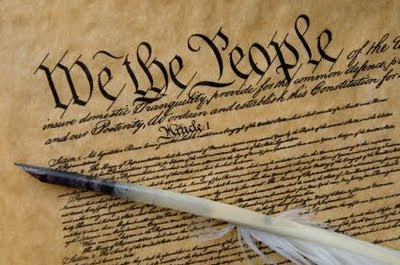 Special Note to My Readers: This is a "soapbox" type of post. Today's topic deviates from my routine stories regarding life at my country cottage and traveling adventures. It is not cheerful subject matter, but I believe it is important to share my thoughts. Please feel free to skip this one if it is too controversial for you, and I welcome you to come back to visit with me later.
Thank you.

We are not attending the 09.12.09 Tea Party March on Washington, D.C. today, but we are certainly there in spirit. Millions of ordinary Americans are standing up and speaking out. Contrary to mainstream media reports, this grassroots movement isn’t about pitting one political party against another one. It is about ordinary Americans voicing their concerns about our country’s direction. Self-serving politicians are not representing American citizens nor acting in America’s best interests. Legislation is being passed that ignores the U.S. Constitution. Our freedoms have been gradually eroding, but now at a rapid pace. In the past year, we are witnessing unprecedented government expansion and intrusions upon the private sector, all accomplished under the guise of solving the latest crisis of the day.

There are many governmental issues right now that concern and alarm me. What is my number one beef? This country is heading toward financial ruin. Our federal government, in particular, is spending at an alarming pace. It is printing record amounts of currency to increase the money supply. This “funny money” will result in high inflation in years to come. The U.S. financial path is not sustainable.

My personal breaking point on government irresponsibility was the enactment of the Emergency Economic Stabilization Act of 2008. This legislation was done in an attempt to remedy problems caused, in large part, by the government itself. The Act established the infamous TARP, the systematic government takeover program of financial institutions. And the massive spending spree of our tax dollars and increased regulatory controls has only gotten worse since last fall.

The fiscal madness has got to stop. And I don’t care how many rude and crude names elected officials call citizens like me when we voice our concerns. Such childish bullying of the people they serve doesn’t make their fiscal irresponsibility disappear.

Despite this dire financial picture, our elected officials are on a fast-track course to create even more federal programs, bureaucracies, debt, and liabilities. They are also creating mountains of legislation and regulations, resulting in larger economic burdens that are passed on to citizens and consumers. The shackles of our personal slavery to government will become even tighter. Meanwhile, elected officials are publicly ridiculing their constituents and dismissing their concerns. Who, precisely, is supposed to be serving who? They also engage in mock partisan bickering, play the blame game, and pit citizens against citizens. Worst of all, they deride the free-market system and declare profits as evil. Excuse me? Capitalism is the true engine of economic prosperity, not government. Our government is biting the hand that feeds it.

This path will continue until the American people stand up, speak up, and clean house. We don’t need foreign terrorists to destroy the United States of America that we know and love. We are allowing our government to do it instead.