Whenever this holiday comes around, I can’t help but fondly remember our two trips to Ireland in 1999 and 2001. We went on a tour the first time. The second time, we bravely planned out an itinerary went on our own. After we arrived at the Shannon airport and picked up a rental car, we headed to the charming town of Ennis, where we had reservations at the Old Ground Hotel. We checked in, took a good long nap (to recover flying over the “pond” during the night), and then ventured into the Ennis streets.

We arrived on a Saturday, and the little town was bustling with activity. It wasn’t long before we decided to abandon the crowded sidewalks and explore some shops. We spotted a sign for Custy’s Traditional Music Shop and ducked inside. Since we were going to be touring around (risking life and limb driving on the wrong side of the road), we wanted to buy an assortment of CDs with Irish music to keep us company and set the proper mood for touring. So we proceeded to ask the young man behind the counter for some recommendations on “jiggy music.”

It turned out that the man was Eoin O’Neill, a professional musician and founder of the Ceili Bandits, a popular County Clare band. Of course, we had to buy some of his band’s CDs, and we asked him if he could autograph them, since he was famous. He gave a hearty laugh and said that he would be famous only if he became a mass murderer. Ha-ha! Of course, he obliged and signed our CD purchases.

Eoin has apparently done well with his band over the years, and he hasn’t become a mass murderer, thank goodness. To celebrate this fine St. Patrick’s Day, I hope you enjoy this recent Ceili Bandits music video.

And, which one of the band members is Eoin? He’s the one with the kindly face and mischievous grin. 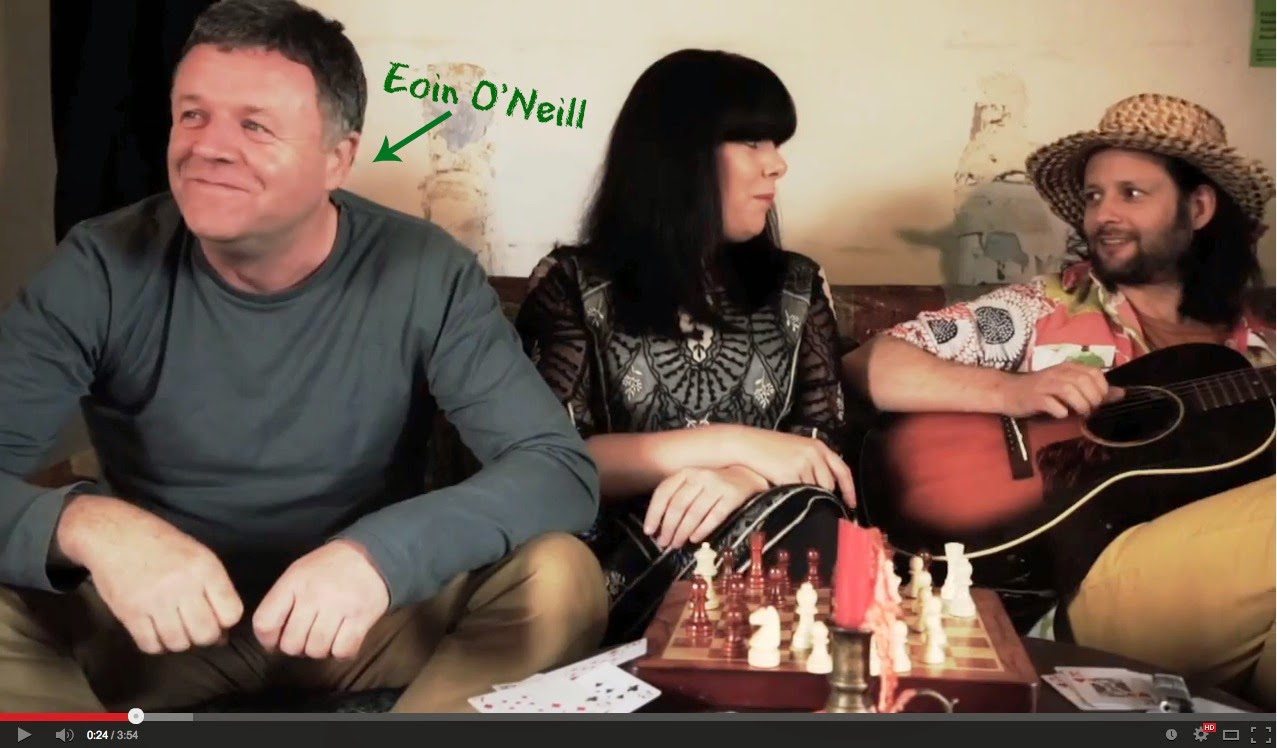