It’s time for A Personal Photo Challenge! “Still Life” is the theme this month.

I had originally intended to set up still life compositions inside the house and practice some lighting techniques. Instead, I seized the opportunity to capture some still life scenes during our recent visit to the Museum of Appalachia, located in a nearby town.

Two of the compositions were located outside and one was inside a building. Each presented challenges in terms of lighting and set-up. In a museum setting, you can’t touch objects and rearrange them to your liking. (At least, not without getting in trouble!) You have no control over inconvenient shadows or mixed light (natural and incandescent, in the case of the indoor scene). At times, you are also limited to where you can stand. My original challenge images all required some Photoshop editing to make up for situational deficiencies.

I really liked the blue cast of this vintage lantern and garden tool that were hanging on the outside of a cabin. So I desaturated the background yellow/red tones of the wood to further showcase the rustic blue tones. An eave overhang cast a shadow over the upper one-third of the frame. I found it distracting, so I removed it with a strategically placed light gradient during the editing process. 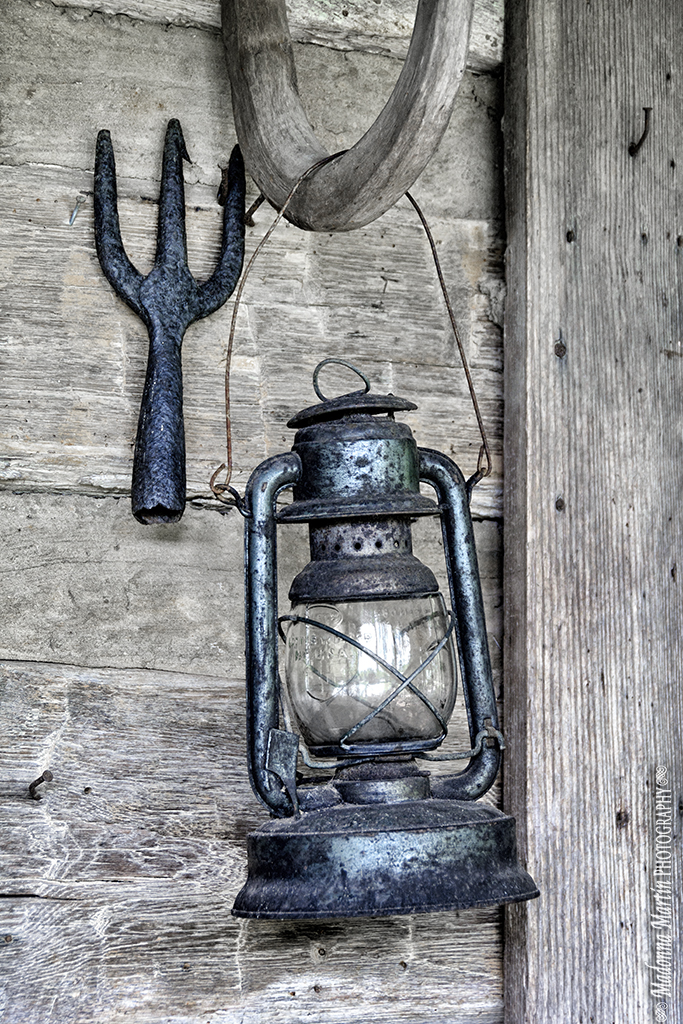 The museum has the finest collection of mill stones that I have ever seen. Dozens are scattered throughout the acreage and presented in exhibit buildings. I was enchanted by this one because nature is eagerly blending it into the landscape. To deepen the contrast and depth, I added a low opacity glow filter in the post processing, similar to an Orton effect. 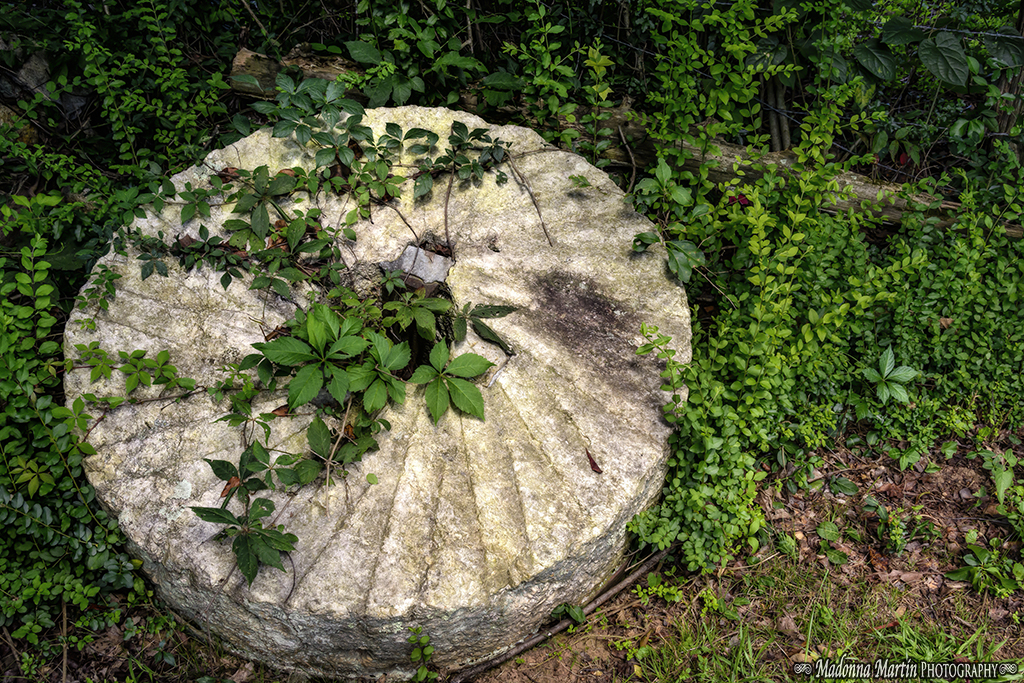 My final image shows a trundle bed tucked in the corner of the Mark Twain family cabin. The structure was moved to the museum from Possum Trot, Tennessee, and it was once the home of Mark Twain’s parents and some of their children. Mr. Twain was born about five months after the family left Tennessee in 1835.

I spent considerable Photoshop time on this image. The lighting was very tricky because natural light was streaming through a doorway on the left and bare incandescent light bulbs were located out of the frame on the right side. Different color casts were evened out in the post processing steps. I was also limited on where I could place my tripod because of an area roped off behind me. A wide-angle setting created curved lines in the original image, but I was able to make perspective corrections in Photoshop and still keep important elements in the frame, such as the charming fiddle hanging on the wall. 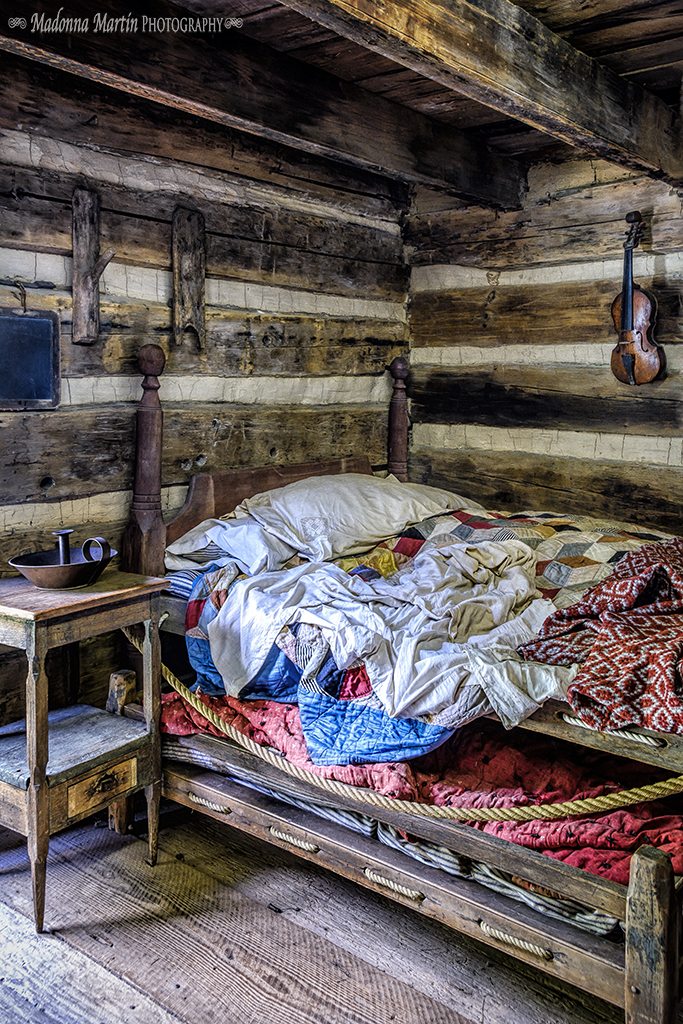 I hope you enjoyed my photos and descriptions. Please visit A Personal Photo Challenge blog and check out the creative efforts of other participants too!