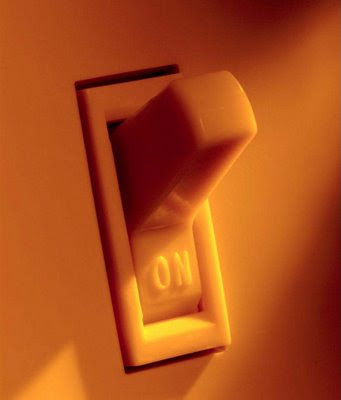 We had a bad summer storm last Saturday night. Lightning, winds, rain – the works! As luck would have it, the electrical power went out. Usually, it doesn’t stay off for very long. It had not come back on after a couple of hours, so we went out to investigate around the neighborhood. We found out that tree limbs had fallen on electrical lines throughout the area, and the utility worker crews were out fixing them, one by one. The power came back on later, and we were only inconvenienced for a little over four hours.

It is easy to take electricity for granted until it isn’t there. We also tend to forget what an incredible bargain it is. For example, our cable bill last month was twice the amount of our electrical bill. I know we could live easier without cable service than electricity! (And cable service isn’t worth a red cent without electricity, LOL!) When we figure out the daily unit cost for electrical power and what it buys us – lights, cold food and beverages, air conditioning – we are enormously grateful. What other commodity gives us so much for only a few dollars per day?

Yeah, yeah. I’m beginning to sound like a commercial for your local power company, aren’t I? Full disclosure time! I have a unique perspective because I worked for some power utilities most of my career. During one twelve-year period, I was an environmental auditor who visited all of the company’s power plants (fossil, nuclear, hydro) and supporting facilities (transmission lines, substations). So I got to see firsthand the staggering amount of work that goes into electricity production. It’s not pretty and the working conditions for the employees are not comfortable.

If the average person could see all the “magic” behind that little toggle switch or electrical outlet, perhaps they would have a better appreciation for instantaneous light and the juice that fuels their appliances and electronic toys. And, perhaps they would also not grumble as much when they open their monthly bill!

OK! The commercial is now over and I will resume my normal blog programming! LOL!
Created by Donna at 6/10/2008