The raccoons and deer finished off the last of the deer blocks in our woodsy backyard, and we don’t intend to put out any more now that the winter season is over. So Mister Jim took down the little field camera.

On a lark, I decided to put out a few peanuts (in shells) along the front flowerbed wall to see if I could attract a chipmunk or two right outside my office window. The peanuts got ignored for several days. And finally, they disappeared! I put out a few more. Gone. Obviously, something was coming up from the woodlands to get a snack!

Then I put out a handful on the front porch, near our rabbit greeter. Gone again! Ah, now we figured we had some rambunctious raccoons devouring the morsels. So Mr. Jim set up the field camera to end the mystery.

Low and behold, we discovered that our nocturnal visitor has been a fox! (That’s a pile of peanuts behind its tale.) 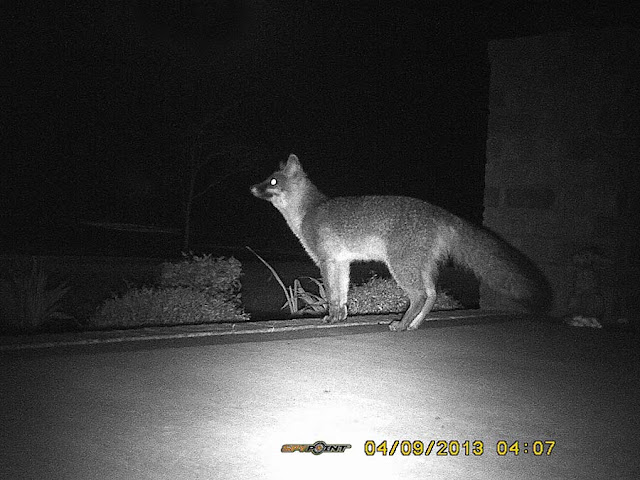 The captured images show that the fox frequently looks over in our neighbor’s direction, showing a bit of concern that the coast was clear. 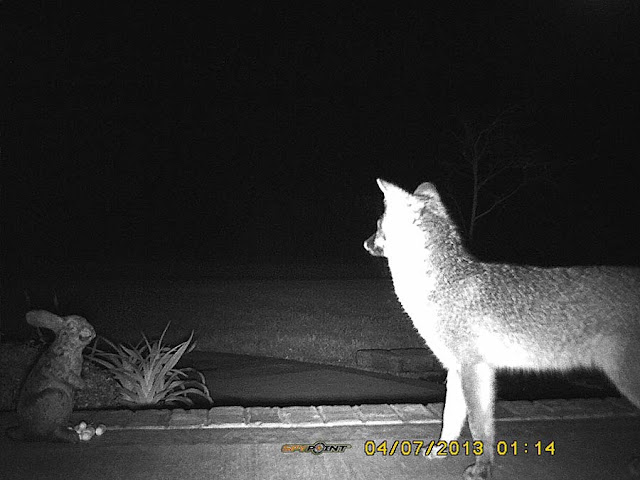 After a peanut pile had been consumed, a little sniffing is in order. What’s interesting in this shot is that a pair came by for a visit the other night! Two additional legs are seen in the background underneath the tail in this photo. We know that the pair raises a brood each year in a small cave several hundred feet down the hillside. 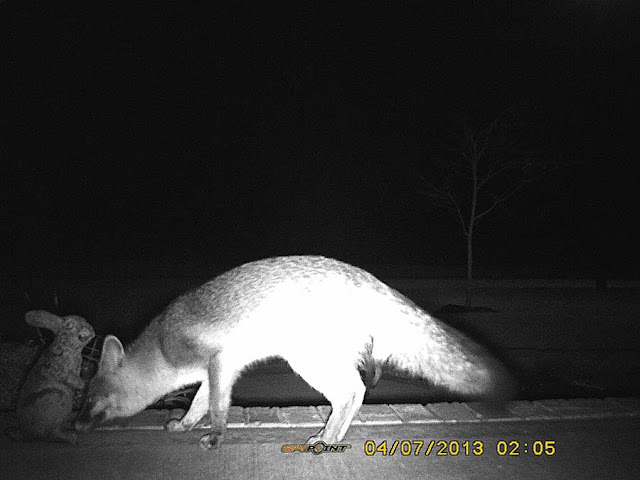 Peanut shell debris can be found in the front yard, flowerbeds, and all the way down the side yard. 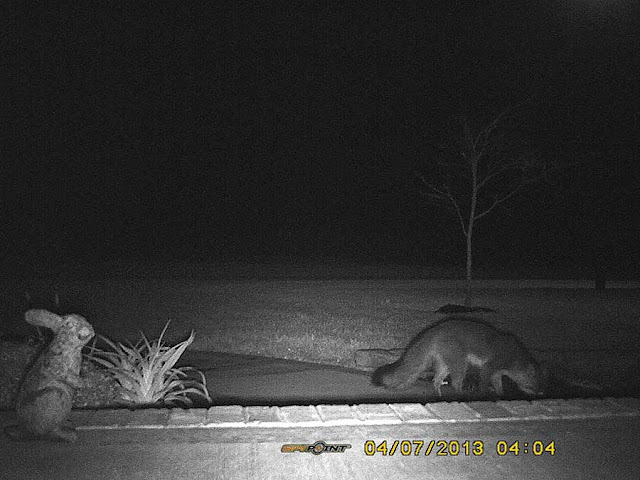 It even got brave enough to visit when the front porch light was still on and we were watching television! 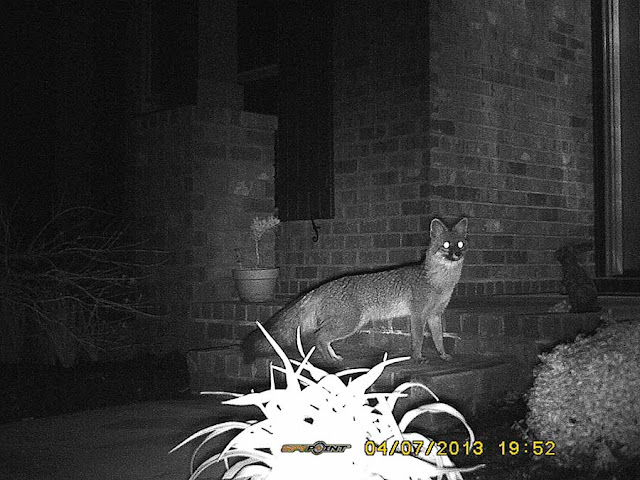 It’s always a treat to spot them in the woods as we gaze out the back windows. We hope that they continue to live in the nearby common area of the subdivision and thrive. Our cottage’s welcome mat is always out for these beautiful animals.