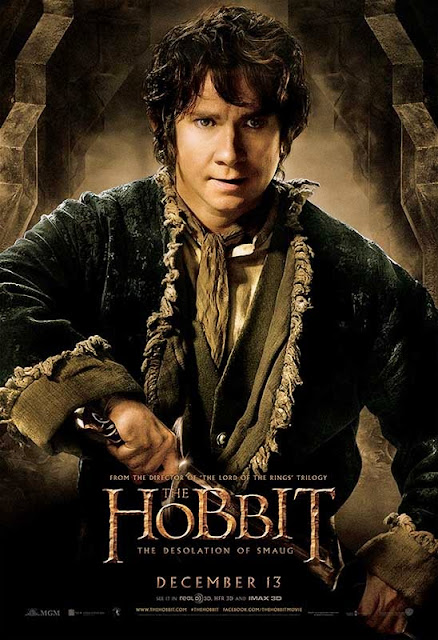 It’s no secret that we are huge fans of the timeless stories written by J.R.R. Tolkein. Our home is named “Grey Havens,” and we also live on a street that bears the name of another geographical location in Tolkein’s fantasy world. And we’re excited that The Hobbit: The Desolation of Smaug will be playing next month at our local movie theater!

We only go to the movies once or twice a year. As a rule, Hollywood products and celebrities don’t interest us. But we gladly make an exception for the Tolkein movies. Filmmaker Peter Jackson, the actors, and production crew have brought Tolkein’s fantasy world to life and created a masterful series. Each one is a visual feast and tells a classic tale of good and evil. Virtues and emotions abound: courage, love, malevolence, danger, beauty, hardship, friendship, sorrow, adventure, magic, greed, optimism, betrayal, and humor, to name a few.

The films are shot in New Zealand, and we absolutely adore the epic scenery. We have probably waited too long to see the splendor in person. So we do the next best thing - travel vicariously by watching these movies!

In anticipation of the new film release, Air New Zealand is running a humorous ad with a Hobbit theme.

That ought to make you giggle!