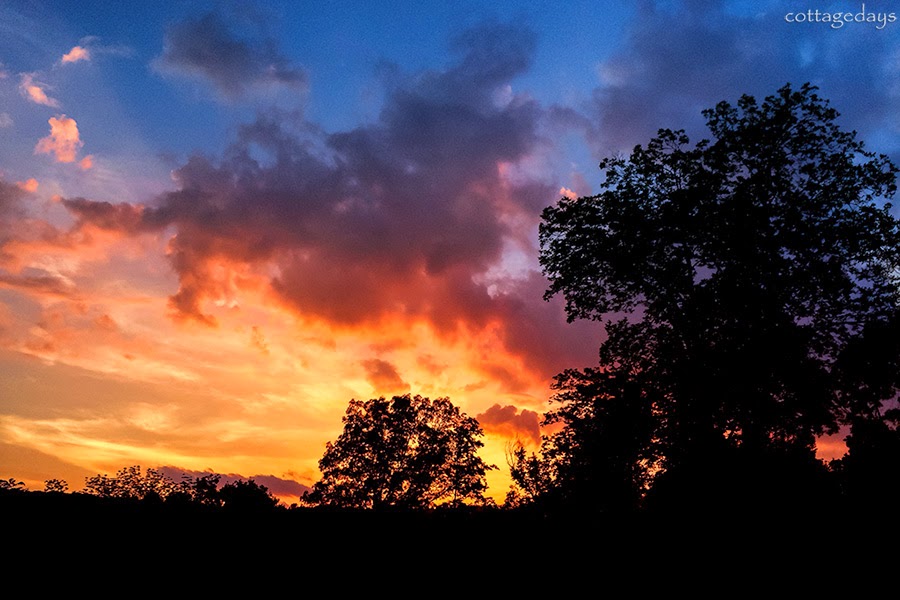 cloud dance in the sunset (via iPhone)

I’m keeping it real here. No sugar coating. Cancer is a hideous, awful disease. Pancreatic cancer is especially despicable. You don’t know – not the slightest inkling - of just how nasty it is unless you get caught up in its web of torture.

We have experienced more setbacks. One step forward, then many steps backwards. That is how we have marched in accordance with the whims of Mr. Jim’s cancer. After he exhibited some rather frightening symptoms, I rushed Mr. Jim to the hospital on Thursday last week. We spent 21 grueling hours in the emergency room area of the hospital. The last five hours in the ER ticked by at a snail’s pace while he was parked on a gurney in an extremely busy and noisy hallway instead of a room. He was finally admitted for treatment of a bacterial blood infection (sepsis) and anemia. He received multiple IV solutions of antibiotics and several blood transfusions. Before he was released on Monday this week, he also developed an extremely low white blood cell count (neutropenia).

He’s a back home now and taking an oral antibiotic. He’s still sick, but he gets to be sick at home. Of course, he is still dealing with all of the adverse effects of pancreatic cancer, chemotherapy, and the pulmonary embolism that he experienced a month ago too. Keeping track of the schedule for all of his various medications is almost a full time job. He is one whipped and tired puppy.

Mr. Jim had a CAT scan on Wednesday to determine how well the six rounds of chemo worked. Follow-up appointments with his oncologist and internist are scheduled for this coming Monday. Then we will figure out where we go from here.

We’ve been raging a battle with this cancer for over a year. We thought we had a really good chance to kicking it to the curb after the whipple surgery in September and the promising pathology report. But the past few months have turned our lives upside down and inside out. A normal life has quickly disappeared. Hopes, dreams, and plans have been scrapped. Now we have to constantly face the disease, deal with unexpected setbacks, and endure a seemingly endless line of medical appointments. There is nowhere to hide. It is the elephant in the room, so to speak. So, is it any wonder that we are frustrated, aggravated, discouraged, weary, sad, disgusted, and just plain miserable in body and soul?

There are simply no words that I can express which adequately describes our experience. The only way to understand it is to live it. And I would never wish anyone – ever - to live it. There isn’t anything that any of you can do except pray that we can weather this storm with some measure of sanity, grace, and dignity.

Thank you so much for all of your kind words, lovely cards, and beautiful notes of encouragement. We don’t think it is a coincidence that the messages usually come when we need them most. May God bless you.