December – A Look Ahead 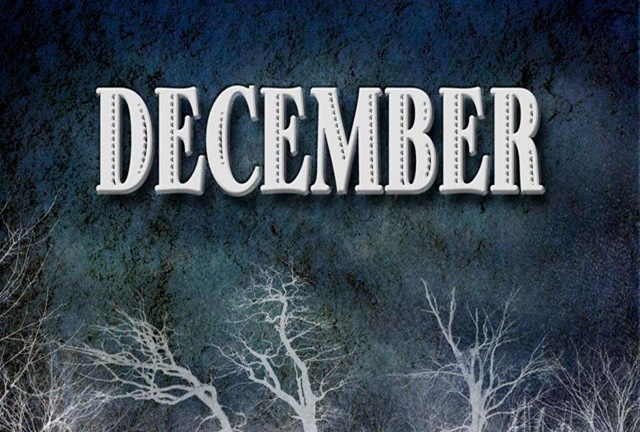 Yow! It’s December already! It’s that frantic time of year when we have to do all the holiday tasks in addition to the normal tasks, isn’t it? Check. Oh yes, and it’s supposed to be joyful too! Double check. No wonder we console ourselves with lots of Christmas cookies and treats! And why-oh-why do people drink eggnog this time of year? What a vile concoction. Leave out everything but the booze and I’ll drink it, LOL.

That’s enough of my ruminations. I’m getting off-track here! Let’s get on with a look at my planned December activities!

As I mentioned in the previous post, we’ll be on the road for a while, heading east to Seagrove, Colonial Williamsburg, and Mount Vernon. After I endured a very frisky TSA rubdown on our last airline trip (thanks to my bionic knee), it will be a nice change to travel by car! And I will have some festive pictures to share with you later!

I won’t be decorating our cottage any more this month. I’m done. Kaput! To minimize time requirements and frustration, I decided not to put out my extensive Santa collection. There’s always next year! Later on, I’ll be sharing pictures of our two Christmas trees and other miscellaneous decorations. One tree is decked out entirely of handmade needlework ornaments. I probably have several thousands of hours of work represented on it! There are a few ornaments hanging on it that were created by friends, but over 95% were done by little old me. And the tree is so covered that you can barely see any lights, LOL.

I never did show you a picture of the Santa I made back in June at a workshop in Berea, Kentucky. So be looking for a picture of that grand fellow later on. I think that he looks a bit like Gandalf from Lord of the Rings! It was my very first time to do any sculpting and polymer clay work, but I know that you will be ever so kind in your comments.

My temporary work contract is scheduled to end this month, and I don’t know if they will decide to extend it. I’m fine either way. The workload has greatly tapered off since mid-October, and I am only needed a few hours a week. So it doesn’t interfere with my retirement activities now.

During the last half of the month, I plan to start some sewing projects in my lovely studio room. In the past couple of months, I’ve made a lot of handmade cards which feature my photographs. But it’s been long overdue for me to do some fabric work! I’d particularly like to create some more fabric bowls.

We will be celebrating a quiet Christmas at home. And as the year closes, we will reminisce about 2010, one of our best years ever. It has been filled with adventure, major changes, and many blessings.