February – A Look Ahead 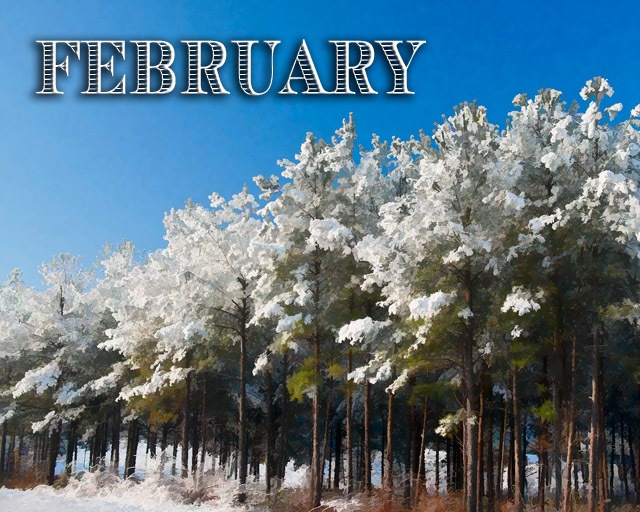 Let me start out by saying this: January did not turn out the way I planned! The major upheaval was my sudden boomerang back into the working world via another contract with my former employer. This job is going to keep me very busy. So those slacker retirement days I was fondly dreaming about have been put on hold once again. Yeah, yeah, I can be bought! I am already greatly missing my spare time, but I’m going to bite my tongue and not whine about it. I don’t have to work. I’m choosing to work. There’s a big difference. And the extra money will go toward vacations and projects around the cottage. I count my blessings every day!

I started a sewing project and it is currently in a hazy state of incompletion. I am making a corded fabric plate to put on the shelf in the laundry room and give the space a jolt of color. The plate is now sewn but I still have to complete the trim around the edge and do some embellishment. With any luck, I’ll get it done this month and then I will be able to show all of you what sewing madness I created.

Last month, I planned to take some pictures of my studio and share those images with you. Well, since my sewing project is taking 100 times longer than expected, the room is not quite presentable right now. So much for that bright idea! Later, folks.

I am happy that at least the grizzly bear picture series got underway here on my blog, and I will have a few more posts in the series. I’m glad that you are enjoying them! Some of you have been asking how close we got to the bears. I would estimate that those shown in my pictures were mostly 30-80 feet away from us. A telephoto lens brings them up close. I also digitally zoomed in with Photoshop and cropped a few pictures if they were sharp enough.

We hope beyond hope that most of the awful weather is history for this winter season. Realistically, we know that February is traditionally our worst month of the year for snow and ice. Let’s just cross our collective fingers that I don’t have to do business traveling while it is frightful! We are both looking forward to the end of the month, which is when the early daffodils start blooming. Spring isn’t too far around the corner now!

My annual wrestling with the income tax return preparation will commence toward the end of the month. Oh joy. And I mean that in the most disgusting tone of voice possible. I despise the whole exercise. The process is an abomination because of the tax laws. Did you know that the U.S. tax code is now about 72,000 pages long? Oh, I could very easily go on a tirade like I did in this post a couple of years ago. And it doesn’t help when the IRS is still dragging their feet on issuing us a refund from an amended return submitted in August! Grrrr!!!

On a much happier note, we recently scheduled out second big vacation for the year. We’ll be taking a two-week photo tour of Alaska in July, and we’re adding on some of our own personal travel days before and after the tour. Hubby is in the process of making all of the final arrangements. He used to live up in Fairbanks for many years. So he is anxious to see again some of the memorable places in that gorgeous state. And everything on the itinerary will be all new territory for me! We can’t wait!